CONTACT US AT 703.542.4500
Noorishad Law, P.C.'s mission is to aggressively fight for your rights to achieve your goals and we are committed to the thorough preparation of your case. We have the knowledge and experience of how to gather the facts and make the arguments that win. No matter what type of case brings you to us, we understand that it can have huge impact on your life, so when you hire us, you will have a dedicated attorney who is intimately familiar with your individual legal needs.

We understand that the litigation process can be an unsettling and stressful process so we strive to keep our clients informed at every step of the litigation process to reduce the anxiety that often accompanies litigation. We pride ourselves on thoroughly preparing each and every one of our cases, providing regular status updates to our clients and returning telephone calls promptly - regardless if it is "after-hours", a weekend, or a holiday. 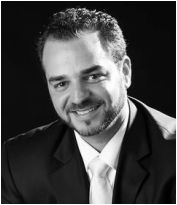 Mr. Noorishad has been awarded with several prestigious honors, including being rated as a SuperLawyer (awarded to top 5% of lawyers in Virginia) and as a Rising Star (awarded to top 2.5% of lawyers in Virginia).  He has also been honored as a member of the Top 100 National Trial Attorneys﻿ and the Top 40 Under 40 - both for his work as a criminal defense trial attorney in Virginia.  Mr. Noorishad has also been recognized by the American Institute of Criminal Attorneys as one of the 10 Best Criminal Attorneys in Virginia for Client Satisfaction and by the American Institute of DUI/DWI Attorneys as one of the 10 Best DUI Attorneys in Virginia for Client Satisfaction.  Mr. Noorishad enjoys a 10.0 out of 10.0 and a Superb AVVO rating (the highest possible rating) in the areas of Criminal Defense, DUI/DWI, and Speeding violations. Mr. Noorishad has defended clients whose cases have been publicized by news agencies including The Washington Post, NBC-4 News, Fox-5 News, ABC-7 News, WUSA-9 News, WTOP, WJLA, The Daily Mail (UK Publication), The Fairfax Times, The Falls Church Times, Arlington Now, and other local news agencies.

In his spare time, Mr. Noorishad enjoys watching football, playing basketball, and spending time with his wife and two children.